Posted on January 3, 2019 by creatornorthshoregirl

PATTI HENDERSON is an innovative female filmmaker who has been involved in a career of communications and entertainment since the age of five. 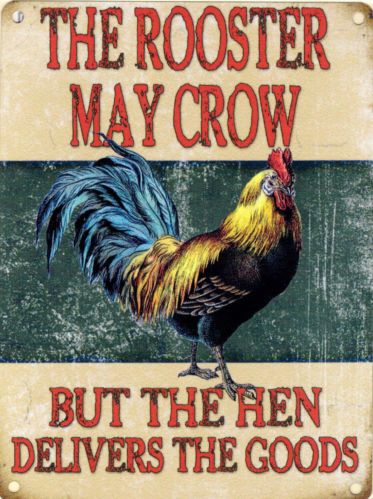 At the age of five, Patti made her first TV guest appearance on THE BUCKSHOT SHOW, a children’s program produced at CFCN, in Calgary, Alberta. By the age of ten, she had become a regular in local theatre productions, but, since winning her first province-wide writing competition at the age of 12, Patti has continued to explore communicating through words and images from behind the scenes.

A double-major (Print/Broadcast) graduate of Communication Arts, and with studies in Fine Arts from the University of Lethbridge, Alberta; Patti began her journalism career as a newspaper and magazine writer/photographer for hometown and national publications. An adventurer at heart, she has worked ‘behind the iron curtain’ rewriting wire copy at the MTI News Service Centre, in Budapest, Hungary, and spent five winters as a features stringer writer for the BANGKOK POST in South East Asia.

Patti moved to Toronto, then Vancouver to work as a writer, researcher guest interviewer and assistant editor for producer and on-air host, for the shows MUCHMUSIC/MUCHWEST and Co-Producer of MOVIETV West.

One of her first MOVIETV assignments was covering the opening of The North Shore Studies, Vancouver’s first independent film and television studio lot. This introduction to film was to be the start of Patti’s film career, one of which has been increasing in responsibility ever since.

Within the last few years – she has expanded her experience and skills by working on set with the VFX Department as well as being a – Vendor side VFX Post Production Cooridinator and VFX Producer.

Patti is also dedicated to working with other Canadian, independent filmmakers and appreciates the opportunity to help them realize their visions, not only through working as a crew member but also through her involvement as a partner in the post production facility, Comet Post Production. Comet was well know across Canada for its’ support of independent filmmakers, offering the opportunity to post their projects, large or small, in an accommodating and creative environment. Credits include such projects as, Hard Core Logo, Kitchen Party, Taillights Fade, Twighlight of the Ice Nymphs…plus many, many more!

As a result, she brings creativity and understanding of all aspects of production to all her positions.

Patti’s first feature length script, BENEATH THE SURFACE, won one of three prizes given through the Praxis Screenwriters and I.A.T.S.E. local 891-script competition.

Her first drama, UP THE WALL, was the FIRST Digital Video – 35mm project to be shot in Canada and financed by Sony Canada and B.C. Film.

Her Art Video entitled, FEAR NO ART – An Inquisition, has had rotation on BRAVO TV and she has directed ‘sizzle reels’ for factual/lifestyle series, including the project ‘Dark Passages’ picked up by Make Believe Media Inc.

For CBC, Patti directed and edited, SALMON CHANTED EVENING. A magic realism drama with a ‘touch of reality’ selected from over 350 scripts and produced in association with CBC and British Columbia Film; the film aired on CBC’s ZED program and was nominated for seven LEO FILM AWARDS, winning for Best Editor and Best Sound Design.

She has Directed and Co-Produced a variety of dramas, comedies and a dance short film for the Portfolio Shorts Program at VFS, including: STELLA’S BIRTHDAY, CHESS MATES, THE NEW BEGINNING, I’M GOING HOME, HAPPINESS SCHOOL, NEVERLAND, JOHN AND MELISSA, DRINK LIKE A FISH and MISS PEARLMAN” of which, was nominated for Outstanding Emotional Impact at the VFF Fall Impact Awards and recently aired on KTCS 9’s PIE program, showcasing Pacific Northwest films. Her work has played at festivals internationally and broadcast on CBC, CTV, Bravo!, Knowledge, SCN and KTCS 9.

Patti is also an alumna of WOMEN IN THE DIRECTOR’S CHAIR (WIDC) Program; one of eight emerging women directors selected from across Canada.

Her latest film, MY IRISH BARMITZVAH, is playing the festival circuit.

Patti is also currently working on her Young Adult Novel, TROUBLE WILL FIND ME  and cleaning out her apartment for a move to the UK in 2019.

Patti (Lyons-Gooderham) Henderson is an innovative Director hosting a steady career in communications and entertainment. Patti's journey has included extensive research into her own genealogy; encouraging her curiosity and passion in finding story and motivation of character. She started in the world of journalism which took her to multiple countries in a variety of positions, eventually writing, assistant editing and field producing for MUCHMUSIC and MOVIETV. As a fiction Writer, her first feature script BENEATH THE SURFACE, won top prize from Praxis Screenwriters/I.A.T.S.E. script competition. With a thirst for learning the science of Film and TV making, she has worked for a multitude of productions in the capacity of Script Supervisor including RV, EIGHT BELOW, A SERIES OF UNFORTUNATE EVENTS, FRINGE, LOST IN SPACE, XFILES to name a few and as an Editor for shorts, TV series and Features. Her growth in the industry continues with the addition of working in VFX, on and off set. Patti has been a maverick in filmmaking. With the support of Sony Canada, National Film Board of Canada and BC Film, she spearheaded and directed UP THE WALL that was the first new technology (digital video-35mm) project to be shot in Canada in 1997, that included title on picture, VFX and finished in three formats. She has Directed and Co-Produced branding videos, sizzle reels for factual/lifestyle programs, corporates and fundraising videos, as well as 11 projects for the VFS Portfolio Shorts Program. Her work has played at national and international festivals, and aired on various North American Networks. For CBC, she Directed and Edited SALMON ENCHANTED EVENING which, after being selected from over 350 scripts, was produced and nominated for seven LEO FILM AWARDS winning best editor and best sound design. Patti is an Alumnae of WOMEN IN THE DIRECTOR’S CHAIR (WIDC), which chooses 8 women from across Canada to participate in the program at The Banff Centre each year. Her focus has, and always will be, storytelling. Her unique upbringing, combined with years of experience in the entertainment industry has helped to shape her into a vibrant Director with the ability, through passion, knowledge and experience, to elevate a wide range of scripts. Her latest work is writing a YA Novella series, with an eye on developing it into a TV series. She lives and works in the UK and Canada.
View all posts by creatornorthshoregirl →
This entry was posted in Be Yourself, Creative Process, Dare, Experiences, Finished Creations, More Creator, Playful Spirit, Stay Extraordinary and tagged art, cinema, Creativity, director, female, film, inspiration, life, novel, technology, thoughts, woman, woman director, Writing. Bookmark the permalink.