Fall in Love with her Scars

Posted on April 13, 2015 by creatornorthshoregirl 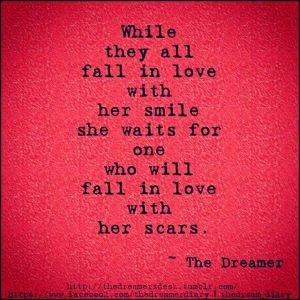 Our greatest aliveness is buried deep in our most insurmountable challenges. To strive for more aliveness, we must challenge ourselves. We must have the heart and stomach to step onto the path unknown.
To be a warrior on the outside, we must first become that warrior on the inside. This takes training, practice, consistency, gentleness…and an awareness to what we put into it, how it feels and if it is honest in that it truly nourishes our purpose from within.

Patti (Lyons-Gooderham) Henderson is an innovative Director hosting a steady career in communications and entertainment. Patti's journey has included extensive research into her own genealogy; encouraging her curiosity and passion in finding story and motivation of character. She started in the world of journalism which took her to multiple countries in a variety of positions, eventually writing, assistant editing and field producing for MUCHMUSIC and MOVIETV. As a fiction Writer, her first feature script BENEATH THE SURFACE, won top prize from Praxis Screenwriters/I.A.T.S.E. script competition. With a thirst for learning the science of Film and TV making, she has worked for a multitude of productions in the capacity of Script Supervisor including RV, EIGHT BELOW, A SERIES OF UNFORTUNATE EVENTS, FRINGE, LOST IN SPACE, XFILES to name a few and as an Editor for shorts, TV series and Features. Her growth in the industry continues with the addition of working in VFX, on and off set. Patti has been a maverick in filmmaking. With the support of Sony Canada, National Film Board of Canada and BC Film, she spearheaded and directed UP THE WALL that was the first new technology (digital video-35mm) project to be shot in Canada in 1997, that included title on picture, VFX and finished in three formats. She has Directed and Co-Produced branding videos, sizzle reels for factual/lifestyle programs, corporates and fundraising videos, as well as 11 projects for the VFS Portfolio Shorts Program. Her work has played at national and international festivals, and aired on various North American Networks. For CBC, she Directed and Edited SALMON ENCHANTED EVENING which, after being selected from over 350 scripts, was produced and nominated for seven LEO FILM AWARDS winning best editor and best sound design. Patti is an Alumnae of WOMEN IN THE DIRECTOR’S CHAIR (WIDC), which chooses 8 women from across Canada to participate in the program at The Banff Centre each year. Her focus has, and always will be, storytelling. Her unique upbringing, combined with years of experience in the entertainment industry has helped to shape her into a vibrant Director with the ability, through passion, knowledge and experience, to elevate a wide range of scripts. Her latest work is writing a YA Novella series, with an eye on developing it into a TV series. She lives and works in the UK and Canada.
View all posts by creatornorthshoregirl →
This entry was posted in Be Yourself, Creative Process, Dare, Experiences, More Creator, Playful Spirit, Stay Extraordinary and tagged create, love, scars, smile, Story, writer. Bookmark the permalink.

2 Responses to Fall in Love with her Scars